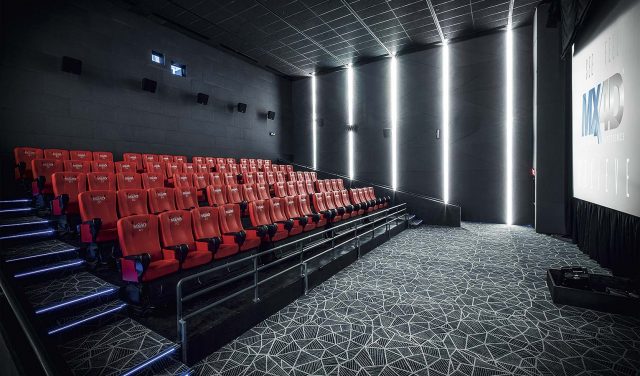 All around the world, jobs are getting culled, and theatres are closing down. No one knows when the projectors will begin to continue their magic of pouring down blissful entertainment for people.

Unlike most industries, cinema is also one that is not immune to the threats of the COVID-19 pandemic. As per the latest cinema updates, the biggest irony is most of us have increased our dependency on the streaming platform for our dosage of daily entertainment. Well, can’t blame one. Most people are stuck at home under quarantine, and the boring hours can take a toll on their mental and physical health.

World Cinema Struggling Due To Quarantine

No doubt, for audiences, the entertainment is still going on even though they are at home. But the sad part is that this trend is slowly becoming a fact of life where people sit at home and watch the latest movies on the OTT platform. Now the question is still pondering on one’s mind whether this culture of cinema-going will continue once the pandemic abates.

According to the latest cinema news, Cannes Film Festival unveiled its latest 56 Official Selection titles through live streaming in Paris, just two weeks after the 2020 Cannes edition was due to be held on the red carpet. Irrespective of the lack of the physical event, the Cannes Film Festival administrators felt that COVID-19 must not destroy the event as a whole. They felt that if the festival can’t run normally, then there needs to be another method of presenting it, so that genuine and breath-taking movies must not be shunned away from the viewer’s sight.

The situation is the same in India, which is one of the huge contributors to great cinemas. The latest cinema news states that the film industry in India is banged hard by the COVID-19 crises. Most of the top distributors, producers, and actors feel that the Indian film industry will take at least two to three years to recover finally from the coronavirus pandemic. Of course, this will threaten the revenue of various theaters, and thousands of jobs will be put at risk.

Regarding the smaller art-house cinemas, they have a different calculation. As per the latest cinema news, in Hamburg, movie theaters that have been closed in March and April have started to reopen. They have started to showcase movies under strict social distancing and hygiene. Here the regulations for keeping a minimum of 1.5 meters; the sad part is only 20% of cinema would be used at a time. Frankly, this is far less profitable.

As soon as the virus hit the Chinese nation, theaters closed down immediately. Of course, in mid-March, attempts were made to open the cinemas as soon as the lockdown was eased. But distributors didn’t allow releasing new movies and audiences hooked up in their home to watch the regular TV shows.

The latest cinema news showed that 500 cinema houses tried to open. But they were shut down as soon as the government issued a letter to close them. Frankly, the majority of the cinema-goers felt that it was too soon to open by theaters. The coronavirus threat is still at large, and people feel safe and happy to watch the latest movies at their home as the vaccine for the virus is still under scientific research.

Even the situation is the same in the UK too. Popular Tyneside Cinema began donation campaigns to make sure that their doors are open and for salaries to their workers. The same is with the New York film industry. As per the latest cinema news, the Lincoln Center, which is considered the home of the New York Film Festival, is one of many to provide redundancy notice in its financial battle for continuing.

OTT And Online Movie Premiers Are Still Continuing And Famous

Adding misery to the theater owners, various film studios have started to earn their profits by releasing their movies online. A month ago, Disney released its Pixar animation Onward online and to rent on video-on-demand service. All this, after a month of its US premiere. Universal Pictures have followed the same path by uploading movies The Hunt and The Invisible Man online too. Also, the same is occurring for the key indie films too.

Well, the consequence of this action has started to make studios realize why they need to share their profits with the exhibitors. They can gain bigger cuts simply by opting for straight to homes.

Of course, theaters and distributors are on their knees, but streaming platforms and the cinema industry are gaining somewhat good profits. But one can know that it is temporary, and as soon as the coronavirus subdues, then it would be back to film theaters for movie magic. Previously, the Spanish Flue indeed brought about the same effect, but still, people even now continue to snack on the popcorn and fizzy drink right in the cinema halls.

5 Tips for Taking Care of Your Dental Bridges

How to Play PC Games on Android, Without a PC!

How to Start a Consulting Business in Dubai?

7 Best Examples of Customer Loyalty Programs from Which You Can...