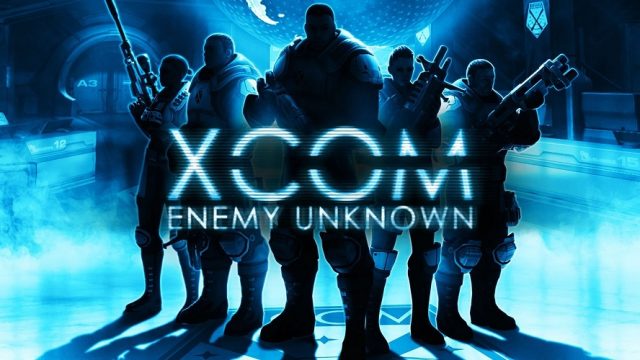 Xcom is a sci-fi video game franchise that features an elite international organization responsible for dealing with extraterrestrial invasions on Earth. The Xcom franchise was created by Mythos Games and MicroProse owned by Julian Gollop with the strategy game UFO: Enemy Unknown as their first game which was released in 1994. The original lineup released by MicroProse included two novels, six published games, and at least two canceled games. The Xcom franchise gained an enormous fan following especially on its initial release. Xcom has since been responsible for influencing many other similar video games. Moreover, Xcom has also influenced the creation of a good amount of spiritual successors, clones, and even some unofficial remakes.

MicroProse published the Xcom core series which had four main games: UFO: Enemy Unknown (Previously known as Xcom: UFO Defense, Sony Playstation in 1995, PC and Amiga in 1994), Xcom: Terror from the Deep (Playstation in 1996, PC in 1995), Xcom: Apocalypse (PC in 1997) and lastly Xcom: Interceptor (PC in 1998). The Xcom franchise is based on an extraterrestrial invasion that happened at the beginning of 1999 which leads to the creation of an underground paramilitary organization founded by a coalition of nations that is codenamed Xcom (Abbreviated from “Extraterrestrial Combat”). The player is entrusted with secretly engaging and countering this extraterrestrial threat while leading this special task force and help with research into these extraterrestrials. The sequels which are against new invasions are all based in different settings: Terror from the Deep, set underwater in the year 2040, Apocalypse, set in a futuristic megacity in 2084, and Interceptor, set in space in 2067.

UFO: Enemy Unknown which featured a strategic Turn-Based Tactic (TBT) combat has been featured on many lists featuring “best video games of all time” and has still remained as the most successful and popular game in series. The same game engine and almost identical gameplay mechanics were used to create the first sequel, Terror from the Deep by the MicroProse internal team as the game was created very quickly after the first game. The series took a new direction with the release of Apocalypse which shifted the aesthetics to a retro-futuristic style and also introduced an optional real-time combat system. Interceptor, considered as a spin-off game in the series is a hybrid of a space combat flight simulator and a strategy game.
There were plans for at least two more major titles in the Xcom Series. Xcom: Alliance, inspired by the 1986 movie Aliens, featuring a mix of first-person perspective tactical shooter and a strategy game. Alliance was going to feature the original licensed Unreal Engine. The other unreleased game was Xcom: Genesis, which was a real-time tactic and strategy game with the motto ”going back to the roots but in full 3D”. However, the MicroProse Hasbro Interactive Studios were closed down in 2000 resulting in the cancellation of both of these games.

American video game developer 2K Marin in 2010 announced that they were working on re-imagining and releasing X-com which would be relabeled as Xcom. Xcom was described as a tactical first-person shooter which consisted of elements from the original X-com added with a new viewpoint and story setting all the while keeping the concept of the game similar to the original franchise. The new setting for Xcom was based in the 1960s, with the Xcom association being one of the United State’s secret federal agencies. This game was originally planned for release in 2011 but was delayed as it was redesigned and was finally released in 2013 for Windows, Playstation 3, and Xbox 360 as The Bureau: Xcom Declassified.

In 2013, Firaxis released downloadable content for the original Xcom Enemy Unknown titled as Xcom Enemy Within. Steam hosted Xcom Enemy Within (it required Xcom Enemy Unknown to play). Later in 2013, versions for both Playstation 3 and Xbox 360 were released. These console versions did not require Xcom Enemy Unknown and thus are standalone.
A sequel to Xcom Enemy Within was announced by Firaxis in 2015. The sequel titled Xcom 2 was released for Windows, Xbox One, PlayStation 4, Linux, and OS X in 2016. Xcom 2 featured the original TBT and TBT role-playing. Xcom 2 is set 20 years after the events of Xcom Enemy Unknown, the story revolves around the military organization Xcom, which lost the war against an alien invasion and are now a resistance group fighting against Earth’s occupants. Firaxis announced an expansion pack at the 2017 E3 and released the downloadable content and expansion packs titled as Xcom 2 War of the Chosen in 2017. Later on, in Xcom Collection, Xcom 2 War of the Chosen was bundled with Xcom 2. In 2020, Firaxis released Xcom: Chimera Squad, retaining the original concept of turn-based tactical combat. It is set as the sequel to the 2017 Xcom 2 War of the Chosen. The gameplay has been improved and some new concepts have been introduced. As of now, it is only available on Windows Operating System and there have been no announcements regarding the console versions or for any downloadable content and expansion packs.

It has been four years since the release of Xcom 2 and fans are eagerly awaiting the arrival of the next game in the series which would be Xcom 3. As of now, Firaxis has not officially made an announcement regarding Xcon 3 but fans have come with their deductions. In August 2019, Firaxis games were looking to hire new recruits who would take the Xcom franchise with Xcom 3 to a new level. So it’s safe to assume that Firaxis is working on Xcom 3 as this job posting was posted by Jake Solomon, Lead Game Designer, and Creative Director of the Xcom series. After the release of Xcom: Chimera Squad, the fans are anticipating a very advanced game with some fans even speculating that Firaxis may even be transitioning to a more modern game engine. The enormous cult of the Xcom Series eagerly awaits the release of Xcom 3.

5 Good Reasons Why the Samsung Galaxy A7 is Just Kickass