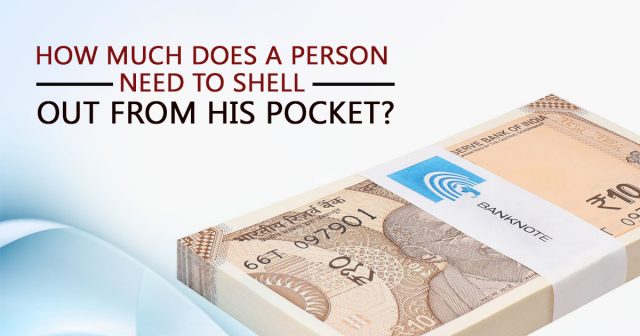 ‘Man boobs’, isn’t it a very disrespectful term. Does anyone of you know, what it means? Well! It is used to describe male breasts, that are larger than what traditional beauty standards command, too many, it may seem too funny, but for those who are going through this, Gynecomastia is not a joke. It is a serious health condition leading to breast reduction surgery, to overcome it. Get your Gynecomastia surgery in India

Breast reduction is more commonly associated with women; the process seems to be losing popularity among women and also gaining popularity with men.

Why are more and more men falling for it?

Let’s quickly have a look, as to why men are going for this surgery.

Just like women, men also have fat and breast, or in medical language, mammary gland tissues, in the chest. Both these things are less developed in men, as compared to women. When they get overdeveloped in men, then a condition called Gynecomastia develops, surgery is a good option to improve its look with a male breast reduction, or Gynecomastia reduction process.

Gynecomastia affects men at different stages of lives. Around 50% of male infants are born with enlarged breasts, this is due to the effects of their moms estrogen levels, the conditions generally goes away within few weeks of birth, while many others might experience swelling during puberty, because of annoying hormonal changes, but they usually go away within a period of six months to two years. Around 25% of men have Gynecomastia, in the age group of 50 to 69, because testosterone levels may naturally begin to go down, with men ageing. But still, men of all ages have to go through this. 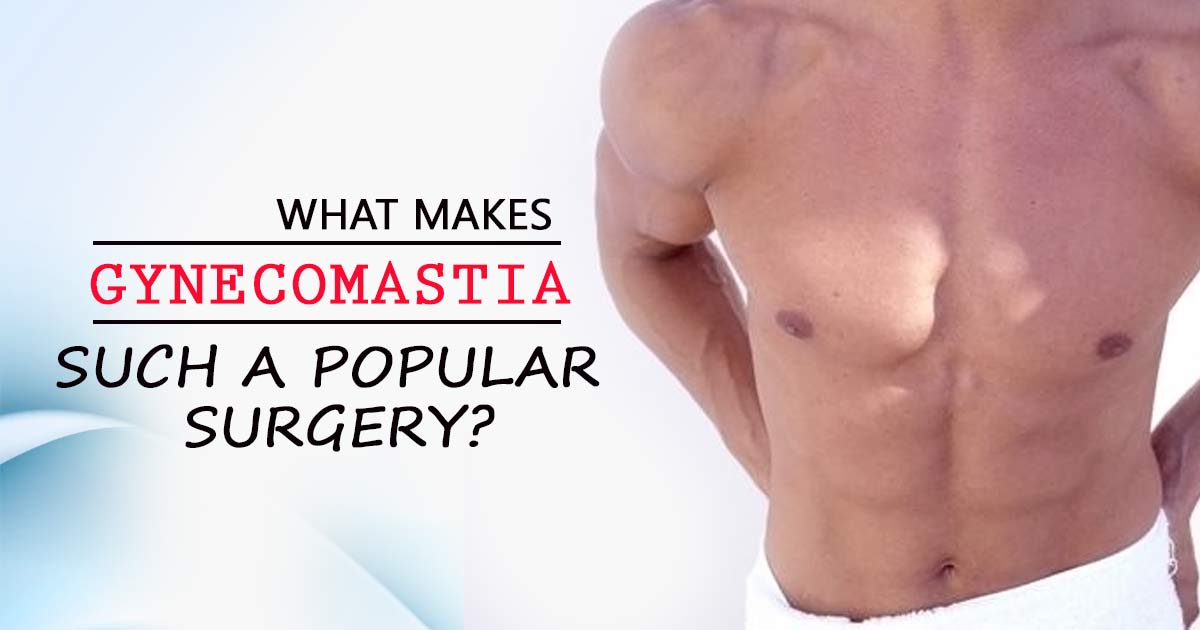 The condition, Gynecomastia, itself does not have many health risks, but can surely make you stressed. In a study conducted it was concluded that it can cause patients to be anxious, while other study said that the disorder brought about shame and disrespect in the person. Many patients suffering from Gynecomastia tell about the embarrassment they have to face.

When you are bragging with friends and they are busy doing other things, you don’t pay much attention, but it hurtslooking at them. A breast reduction patient had to say that, people wish to be happy with what they see in the mirror and I was not happy, at all. Another man, in his 60’s said that many of his girlfriends noticed his breasts, another one, had to hear jokes all through his adolescence. All of them thought to have surgery done because that was the only way, they could gain back their lost confidence.

The patients are increasing day by day, because of many reasons. Men want more aesthetic procedures.

What are the things involved in the surgery? 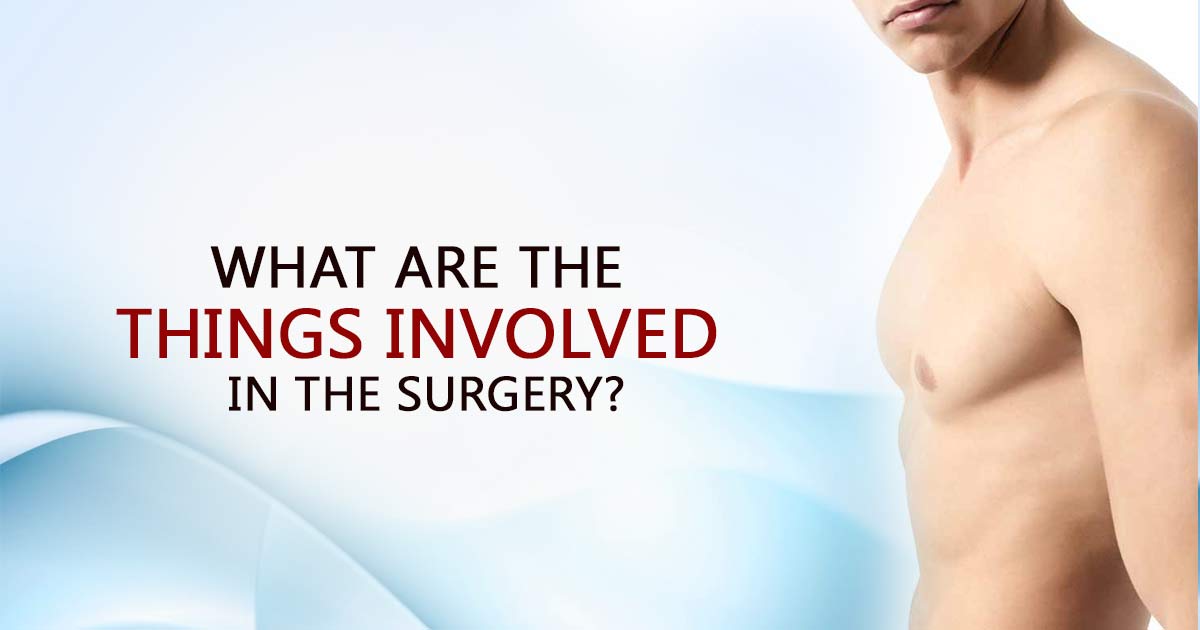 There are two basic kinds. The first one is liposuction; it is a great choice for patients who don’t have much loose skin. The procedures involve two small cuts which are 3 – 4 millimetres, to be made under the breasts. Freezing medicine is then injected inside the breast. Doctors, first make use of ultrasound handpiece to loosen the tissue. Then the surgeon takes out extra tissue out of the cuts with a long thin tube known as a cannula, after which a single stitch is used to close each cut.

Men get back to their places of work within a few days, in case the process is done on a Friday, and then by Monday, they are back to their workstations. There is no need for any anaesthesia or to stay at the hospital. During the first few weeks post surgery, patients are instructed to avoid heavy exercise and also to wear a compression garment for support as the tissues would be healing by this time.

The second kind of male breast reduction is performed less frequently. It involves cutting of tissues and it suits those people who have a more severe problem including loose skin. Just removing some of breasts tissue’s fatty part is not enough, the procedure is more closely linked with breast reduction in women because they are designed to throw away more tissue and even more extra skin. It requires patients to be put under local anaesthesia, there are a few scars underneath the breast and also around the nipple area. The procedure does not allow patients to get admitted in the hospital, it can be done as an outpatient thing, but then, patients should join work only post one week after surgery.

How risky is the process?

The surgery is pretty safe, but, then any aesthetic surgery does come up with the risk of infection or bleeding, no doubt they are in rarest of rare cases. Any kind of nipple surgery, whether in men or women, does a little bit of nipple damage or loss of nipple sensation.

How much does a person need to shell out from his pocket?

Gynecomastia surgery cost in India mostly differs from location to location, surgeon, his level of expertise, the level of surgery. The male breast reduction surgery may seem surprising in the first place, but then the fact remains that both men and women may feel a desire to change the size of breasts, while aesthetic surgery of all types has been associated with women

For the people suffering from Gynecomastia, who cannot be helped by a change in drug prescription, diet change or exercise, breast surgery has become a more beautiful alternative, since technology has advanced in the last few years, it gives patients the permission to leave anaesthesia, surgery, most of the time is performed as an outpatient basis and the recovery time has also come down.

Surgeons use a knife or a blade and the liposuction is also done in a traditional manner for removing extra fat.

How to Choose the Right Incontinence Products for You

HOW TO CHOOSE THE RIGHT ERGONOMIC CHAIR?