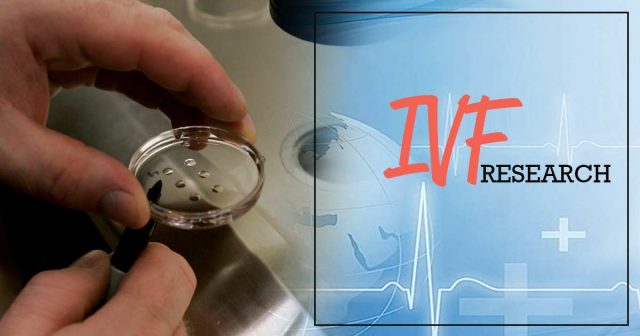 IVF treatment in India is getting popular due to its increasing success rates of live births. It is the lab-based procedure in which female egg is fertilized with male sperm out from the body and then the developing embryo has been implanted back in the womb of the mother. The success rates of conception with IVF depends on the various factors like:

Thus there are many factors that can collectively or individually affect the success of IVF treatment but recently some researchers have claimed for the increased chances of conception with IVF.

After the first IVF baby, many research, improvement, development, and advancement has been done in the IVF treatment so that chances of success can be ensured after this treatment. Recently one study has claimed that a number of eggs can lead to the higher chances of success with IVF. Many studies have been conducted in this context as in the past one research claimed that we could have optimal results with 10 eggs.

No such evidence had been given for the relation between a number of eggs retrieval and complications of births but one little correlation has been shown in the number of retrieved eggs with the condition of bleeding during pregnancy means the placenta praevia. However the study about the hormone stimulation in the females to boost the number of matured follicles so that number of eggs can be retrieved has claimed for the better chances of success with IVF as it claimed that by fertilizing the more eggs chances of getting the best and healthiest embryo can be increased and the rest of embryos can be frozen for the future use.

This study has claimed the higher success with retrieval of 18-20 eggs at one time instead of the 10 eggs as per the past study.

One another study has claimed for increased chances of success which is possible to examine the way embryo attach to the womb. This study was conducted on the mouse and it claimed that way we attach the mouse embryo with womb may lead to improvement in the conception rates with IVF treatment. This study claimed that mild stressing an embryo could boost up the chances of successful attachment of the embryo with womb as a result of which success of treatment can be ensured.

However, another study claimed that stressed embryos could repeatedly move in and out of the solution which can let them lose water and shrink. But this shrinking and re-expansion process of the embryo can alter the embryo in a similar way as in natural conception and can help in their successful implantation to an artificial womb. However, the team did not suggest any other way of stressing the embryos like their exposure to heat or cold as according to them, in and out movement of embryos can lead to their successful implantation.

This study which was conducted on the mouse have claimed for the increased chances of conception with the implantation of the stressed embryo but there is yet no clinical indication that the results are same for human embryos and even the stressing of human embryos in the lab setting is not advisable. Although the study could not give any indication for the human beings yet the results of the study were fascinating as if the work out could be done to see inside the embryo means to know what is going on inside the embryo then it could improve the chances of success with IVF.

Thus the entire study and its claims were really interesting and exciting but till now no evidence or claim has been given for the human embryos thus there is still a long journey to go through for the actual success of this study.

As per the claims were given by various studies and the experts’ till now, the age of the female, wellbeing of the female and quality of the egg can affect the results of the IVF treatment. Even for the successful fertilization of the egg ideal environment that should mimic the mother womb also matters a lot for ensuring the success of the IVF cycle. However there are various claims have been given for the successful conception in IVF patients but the actual results can be measured with the well being, positive attitude and the quality and success of the embryos.

Thus there is still a long way to go for proving the claims of this new study that stress could improve the chances of conception yet it could only raise the excitement among the IVF patients and the doctors. If the claims given by the study will be true and clinically proved then it would be the biggest achievement. in this field as it could boost up the chances of conception in the IVF patients and it could give the biggest hope to the couples who are yet deprived of their biological babies due to infertility.

The History of Hair Conditioners

Benefits of Duct Cleaning Your Home

Reasons Why Food safety is important

X Tips About E-commerce SEO You Should Not Miss