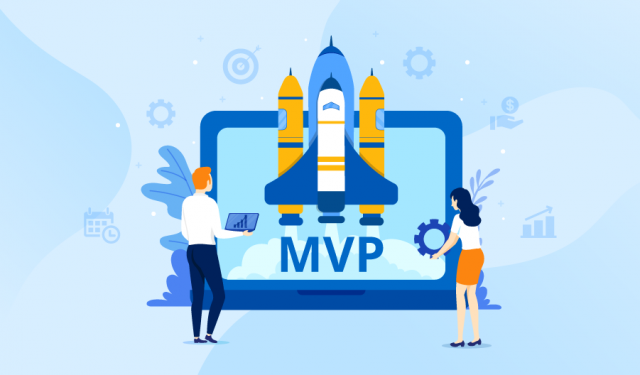 The number of business apps, websites, and other startups is constantly increasing. Over time, some of them grow into successful projects, while others gradually fade away. However, few people realize that most startups die even before they outweigh the investments. The reasons for failures can be different: an incorrect product, strategy, improper methods, tools, and so on.

A minimum viable product is a solution that helps minimize the risks of major financial losses. It is relatively cheap if compared to a full-featured web app, and, at the same time, it helps understand whether your product meets customers’ expectations and how to improve it. Many world-known brands, including Airbnb and Amazon, started with an MVP. In our guide, we’ll review this product in closer detail. If you want to know how to build an app like Airbnb – keep on reading.

What Is a Minimum Viable Product and Why Do You Need It?

A minimum viable product is a product (for example, an app) with a basic set of features that provide its functioning. All the rest features are developed after getting the desired feedback from users. The main goals of an MVP are the following:

As you see, developing an MVP helps you enter the market faster, test the product, and estimate its potential before investing in a full-featured version.

What Are the Benefits of an MVP?

Using a minimal viable product has many benefits for businesses. Let’s figure out the most important ones.

The final goal of any startup is to generate revenue, which is impossible without attracting customers – people who will use the product. Developing of an MVP is a good way to create an initial customer database and get feedback from them. If there is no feedback or the level of customer activity is too low, you have time to analyze your mistakes and make improvements. On the contrary, if people enthusiastically meet your project, you will know that you are moving in the right direction.

It is easier to test and adjust a project for a target audience when it is not packed with various features. An MVP lets you test a “bare” project and then gradually add new useful features. This is more rational than eliminating useless features, which you have already paid for, isn’t it?

Developing a full-featured app is a long-term and costly task. Depending on the app’s complexity, it may take several years and require major investments. An MVP is much cheaper; moreover, it may start generating profit, which can be invested in further development.

If you are going to attract third-party investors to your project financing, there’s no better way to do it than using an MVP. The fact remains that few people readily invest in the projects that exist only on paper. An MVP, in turn, helps demonstrate all the benefits of your product.

How to Create an MVP?

Developing a minimum viable product consists of several stages. Although the number of features is minimal, some preparatory work is also required. Let’s find out

Some Examples of Minimum Viable Products

You may be surprised to know that many globally recognized companies began their way to success from a minimum viable product. Here are some shining examples.

Why an MVP Can Fail

Though creating an MVP is a great way to avoid major mistakes, sometimes, it can fail at the initial stage. There are several common reasons for it.

The main goals of an MVP are to get feedback from users and analyze the collected information. To make a successful minimum viable product, take the preparatory stage seriously. Think about the concept, necessary features, design, and testing before you begin developing it.