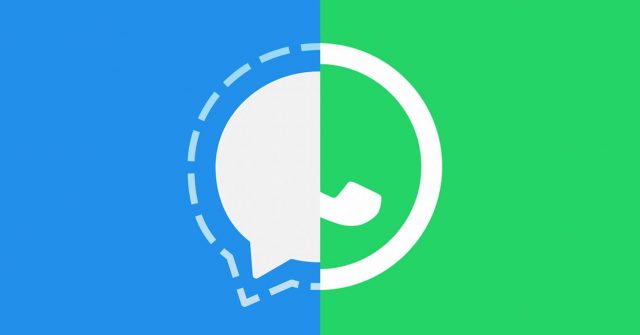 A comparison between the two apps has emerged in the current time. Whatsapp, being the largest instant messaging app, has updated its privacy policy and has announced that its users’ details and messages would now be shared with Facebook Inc, which is their owner. People now have become aware of the privacy issues, and some are opting for new messaging apps to skip the mandatory ruling by Whatsapp. After Whatsapp is Telegram, the closest competitor, and then there is a newcomer in this market, named Signal.

Signal is a messaging app that has many similar features to Whatsapp. Currently, it’s trending online for its personalization, encryption, and media sharing features. It can be operated on multiple platforms, including Mac OS X and Linux software. This article will conduct a comparative study between Whatsapp and Signal to see which one has better service.

Comparison between the features:

While Whatsapp has been the leading messaging service app for a long time now, with nearly 2 billion users worldwide, Signal has caught up with the mass, gaining 10-20 million users within three weeks from its launch. Now, let us see the features of these two messaging apps.

It is up to the customer to choose what’s better for them. Every user may not want to give up the data to third-party sites, and this requires choosing an alternative. Signal has been approaching as a competitor to the most used messaging app in the world. Tech Experts and entrepreneurs like Elon Musk are also encouraged to use this app. So, the users really need to make an informed decision.

What is Brand Value and How to Measure and Improve It?

5 Reasons Why PHI 1 is Perfect for F&O Trading