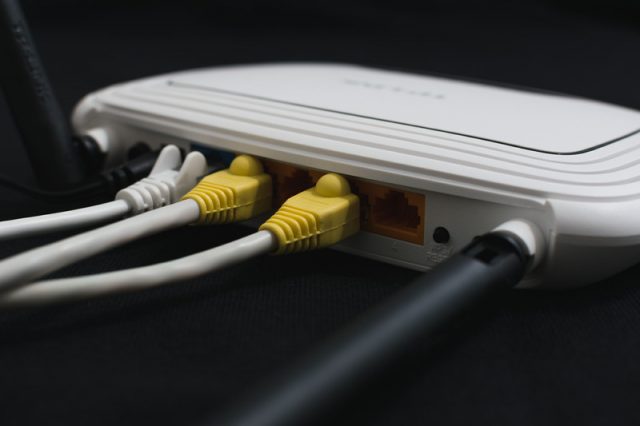 The Internet is one of the elements that is driving the daily business of life in the world of today. It is one of the most essential parts of our lives that helps us not only with the unlimited information. But it also connects to everything that moves around us. Be it in our homes, offices, shopping malls or be it something that is moving in the galaxy. Mankind has the key that helps him know it all. The internet has all the abundant knowledge on a plate for mankind to explore. People do their research and create something new, creative and innovative for the people. It wouldn’t be a wrong thing to say that having an internet connection is not a luxury anymore like it was in the past. It is now a need and an agent of personal and collective growth. How does the internet reach us in our homes and who provides services in the United States? Internet reaches our homes through different ISPs or Internet Service Providers. Here are various internet service providers that are operating in America:

Comcast is one of America’s global telecommunication company. It is headquartered in Philadelphia, Pennsylvania. It is the second-largest company when it comes to broadcasting and cable television in the world as far as the revenue is concerned. It is one of the largest Cable TV providers and the largest internet providers in the US. Comcast has corporate offices in Atlanta, New York City, New Hampshire, Manchester, Denver, Detroit etc. It is one of the tallest buildings in Pennsylvania. Comcast provides superior quality Cable TV, internet, and home phone service. Comcast residential and commercial customers are spread in 40 states. Comcast also owns the Xfinity cable communication subsidiary as well.

CenturyLink is one of the largest telecommunications company headquartered in Monroe, Louisiana. CenturyLink provides communication and data services to users. This is for residential, government, business, and wholesale customers. These users are based in more than 35 states of America. CenturyLink operates as a local exchange carrier and an internet service provider as well.  It is the third largest telecommunication company in America as far as the lines served are concerned. CenturyLink Fiber is a fiber service to the premises service that provides broadband internet and Prism TV to a small population. CenturyLink announced the expansion of the gigabit fiber services to the residential and business users. This happened in the year 2015 in six more states. This increased the servicing area of the company to more than 15 states in America.

Cox Communications which is also known as Cox Cable is a privately owned subsidiary of Cox Enterprises. Cox Enterprises provides digital cable television, telecommunication service, and services pertaining to Home automation to users in the United States. It is the third-largest cable television provider in America. These guys provide service to around 6.1 million customers, the company offers Cox bundles to the public. This comprises 2. 9 million subscribers for digital cable, more than 3 million users of their internet services and more than 3 million digital telephone services subscribers. This makes Cox Communication the seventh-largest telephone carrier in America. The company was headquartered in Atlanta, Georgia.

AT&T is one of America’s multinational telecommunication company that is headquartered in Dallas, Texas. The company is one of the largest telecommunication companies in the world. It is the second largest company as far as mobile telephone services are concerned and the largest provider of fixed phone services in America. It became the largest media and Entertainment Company of the world according to revenue since June 14, 2018.

The history of the company is as old as the history of communication itself. It began as Southwestern Bell Telephone Company. This was a subsidiary of Bell Telephone Company founded by Alexander Graham Bell in the year 1880. Today, AT&T is providing services to more than 21 states in the United States. These include states like California, Georgia, Mississippi, Texas, Kentucky, Ohio, Florida, Louisiana, Missouri, and others.

The history of Verizon Communication Inc. dates back to the 1980s. It was called Bell Atlantic Corporation back in the days. It was created as one of the original RBOCs or Regional Bell Operating Companies in the year 1984 when Bell Systems was breaking up. The original roster of Bell Atlantic comprised of operating companies like The Bell Telephone Company of Pennsylvania, Diamond State Telephone, New Jersey Bell, C&P Telephone. In the year 1994, Bell Atlantic became the first RBOC to drop the original names of its original Operating Companies. After 2 years that is in the year 1996, the CEO of the company was Raymond W. Smithe who merged Bell Atlantic with NYNEX. With this merger, the corporate headquarter of the company moved to New York City.

In the year 2000, Bell Atlantic changed the name of the company to Verizon Communication when FCC approved an acquisition of US$64.7 billion of GTE. The deal for the acquisition was proposed in the year 1998. This made Verizon emerge as the largest local telephone company in America. It having around 63 million telephone lines in nearly 40 states of the country. When it comes to providing internet services, Verizon’s high-speed internet is available outside major metro areas throughout America. Their coverage area comprises of states like Virginia, Delaware, Connecticut, Maryland, New York, New Jersey, Pennsylvania, Rhode Island and other states. Verizon’s Fios fiber services is a faster alternative. It is available in major and densely populated areas Currently Verizon is headquartered in New York City.

Charter Communications Inc. is one of America’s telecommunication company that provides services to consumers and businesses under the brand name called Spectrum. It provides services to around 25 million users in around 41 states of the United States. Charter is one of the second-largest cable operators who are providing services in America by subscribers. It is the third largest pay-TV operator and the fifth largest telephone providers when it comes to residential subscribers line count.  In the year 2012, Thomas Rutledge took command of the company as the CEO. The organization relocated their corporate headquarters from St Louis to Stamford in Connecticut.

In the year 2016, Charter completed the acquisition of Time Warner Cable or TWC and the sister company of TWC known as Bright House Networks. Hence, it became the third-largest pay television service in America. Charter Spectrum has been recognized on many platforms and received awards that included:

Frontier Communication is one of the telecommunication companies in America. It was known as Citizens Utility Company. The name further changed to Citizens Communications Company. Initially, the company used to cater users of the rural areas and small-scale users in the communities. Now Frontier communication is servicing large-scale metropolitan markets. Frontier is the fourth largest DSL providers as far as their coverage area is concerned. Frontier offers broadband internet, digital TV service. These guys also provide technical support to users who use the residential and business packages in around 29 states. Citizen Utilities Company was formed from the leftover resources of Public Utilities Consolidated Corporation in the year 1935. The company became the main interest of investors in New York and named Richard Rosenthal as the company’s President in the year 1948. He was the youngest individual to be the President of the company. In the year 2008, the stockholders approved the corporate name of the name to be changed to Frontier Communications. Today Frontier’s high-speed internet is available in more 35 states. Fiber service is available to almost 10 million people and becomes the 3rd largest fiber broadband provider in America.

Suddenlink Communications is one of America’s telecommunication subsidiary of Altice USA. Suddenlink has its headquartered in St. Louis, Missouri. These guys are specialists when it comes to Cable TV, internet, broadband phone etc. Suddenlink internet is one of the fastest in America. It is known to provide users with a 1Gig internet speed that is faster than the speed of DSL.  With Suddenlink Internet service, you can download more files and perform other online tasks. It is known to provide services in major states of the United States. These include Louisiana, Texas, Ohio, California, Arizona and other states.

Cable One is one of America’s internet and cable service providers that was a subsidiary of Graham Holdings Company. The history of the company gets back to the late 1990s. The company at the time used to go by the name of Post-Newsweek Cable. The company is having their headquarters in Phoenix, Arizona. Phoenix, Arizona does not fall in the coverage area of the company. Cable One internet can be found in Idaho, which is one of their largest areas. Apart from that, these guys have coverage in New Mexico, Mississippi and many other regions in the country.

Windstream Communication is one of the leading providers of voice and broadband, VoIP, MPLS. Other services include virtual servers, data storage, cloud-based voice etc. The Windstream headquarters are located in Little Rock, Arkansas. The organization provides superior quality internet services. The organization came into being in the year 2006 when Alltel merged with Valor Communications. Windstream has a partnership with Dish Network. Windstream internet is doing quite well in areas including Georgia, Kentucky, and Texas.

A Guide to Buying the Best Laptops for Your Small Business

What is Brand Value and How to Measure and Improve It?

How to Zoom Out on Internet Explorer