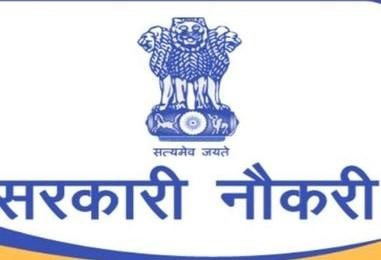 India is a developing economy due to which the economy remains unstable to some extent because of which most of the Indian men always have insecurity about their job. If we talk about the mentality of the people here, they always give more importance to Government Jobs in India as compared to private jobs. One of the major reasons why government jobs get the most weightage is because of its Long Last assurance. Private jobs as we know, depend entirely on the growth of the company or the growth of the market or economy. Indian economy is an open economy which means it is interrelated and integrated with all the economy around the world that makes a kind of direct relationship between the Indian economy and the world economy.

After doing this much, now the picture is getting a bit clearer, which means India’s economic growth is related to the growth of the economy of the whole world. This means that if there is any effect in the corner of the world, then it will also fluctuate the Indian economy. This entire economy cycle directly contributes in the Job creation in our country and if we look at history then our economy has gone through many ups and downs and different phases like high inflation, depression, boom and recession and the biggest change in the economy came when we adopted the new economic policy in India that was LPG (Liberalization, Privatisation, and globalization) and we were completely transformed from a closed economy to an open economy.

When we talk about Government Jobs in India, there is no direct effect on the job due to the fluctuations in the economy. The arrival of vacancies in government jobs depends to some extent on the growth of the economy that means that if the country’s growth is increasing, it is obvious that the government is getting more tax collection and more money is coming to the government’s account. Due to which the government will require more manpower to provide more services to the people due to which he will later release vacancy in government jobs. But once you are selected for a government job, then your job is confirmed until your age of 60 years after finishing the probation period of 2 years. In some departments, this age limit of 60 years can be a bit less or more like Indian Army services have less age limit where professors have their job till 65 years.

But the biggest issue is the availability of government jobs and if we see the ratio of government and private jobs, it is 2.7: 93.7. Not only this, private jobs are mostly related to the course/specialization and depending on them, but to get a government job, after completing the courses, again you have to prepare for the Sarkari Exam and pass it. This exam is mostly not very much related to the core subject that you have studied in your school and college. Its pattern is completely different and every student who appears in this exam has to follow this pattern even if their graduation or schooling background subjects are different. But sometimes it happens that a post in a government job is reserved only for the candidate of a particular stream.

There are different types of Sarkari Exams for different posts in many government departments like UPSC, SSC CGL, SSC 10+2, Railway recruitment board, different state commission exams, and some departments take their departmental examination. All these exams have various types of government posts for which there are different age and educational criteria that are easily available on their official website. Civil services in India were initially set up by the Britishers in 1854 which was a merit-based system for the selection of the candidate on the gazetted post with the help on examination and the initial exam was held in London UK for the first time in1855. Later on, the system was adopted by independent India and its name became UPSC (union public service commission). It is the way to get a government job in some very prestigious positions in India like IAS (Indian Administrative Services), IPS (Indian Police Services), IA&AS (Indian Audit and Accounts Services), ICAS (Indian Civil Account Services), ICLS (Indian Corporate Law Services), IDES (Indian Defence Estate Services) and many more. State Public Service Commission Exam is also somewhat similar to UPSC and its pattern also resembles UPSC to a large extent, the only difference in the syllabus is that some questions are related to the state in the state public commission exams but the UPSC falls within the authority of Central Government, the same state commission exams fall within the State government.

UPSC does not get you only a high position job, but at the same time you also get a chance to live a Prestigious and respectful full life but the candidate has to work very hard to get this job. All the important information is easily available on their web portal.

Tips for Creating an Effective Early Learning at Home

How to Recycle Metals the Right Way

Understanding How Cash Loans Work and Its Benefits